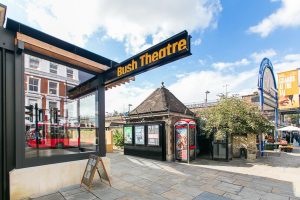 One of our recent clients came to London Property Match looking for a home with future family offerings. They were a business savvy young couple that wanted something in an area that has some expected future growth. They did not yet have children and therefore also wanted somewhere with an up and coming vibe that would not feel too quiet and suburban. Shepherd’s Bush and its immediate surrounding areas therefore came to mind.

Many clients have been priced out of Notting Hill and Kensington but desperate not to stray too far. Shepherd’s Bush offers considerably cheaper alternatives and the outer fringe provides leafy gentrifying ‘village’ style living too. The mix of attractive period architecture together with amenities and entertainment on tap was just what they wanted. An area that appeals to young adults but also where established family houses exist was an ideal combination.

We often find with a couple each has their own idea of what type of home would work (one wanted a lovely home to move into the other a project to add value to). These clients were no different and therefore we needed to provide a broad mix of styles and locations to illustrate their options before filtering down to something they were both comfortable with. They were also young and had parents living abroad that were nervous of the market and unfamiliar with the home styles and the budget was relatively tight for what they hoped to get.

We found a home that was tidy with no work required but that had scope to add a side return and loft extension in the future (when they wanted to add value or if they found they needed more space with the arrival of children). The market had been difficult and we were able to negotiate an acceptable offer, lower than expected for a house in the area.

We define Shepherd’s Bush as the area with a postcode of W12, between the Goldhawk Road and Uxbridge Road (also known as the Golden Triangle) and the area just north of the Uxbridge Road extending west as far as the Askew Road. Prices aside, there are a number of reasons that draw many people to Shepherd’s Bush. Top of the list is perhaps transport links into central London as well as easy access west.

Shepherd’s Bush station is on the central line. Shepherd’s Bush Market station and Goldhawk Rd station are on the Hammersmith and City line. This is an area favoured by city and west end workers being a short commute to the office from the west. The journey time of ten minutes to Oxford Circus is, for many, a massive draw. Further west, around Askew Rd, Ravenscourt Park station and Stamford Brook station provide access in to town on the District line (another very popular line). The A40 is moments away as is the A4 for swift access to Heathrow Airport and the west of England. For those who frequently head west, it could not be more convenient. There are also abundant buses Shepherd’s Bush and surrounding areas.

For my clients, although they did not have children yet, a family was something they hoped for in a few years’ time. As a consequence we wanted to make sure we were searching in an area for them that would serve them well in the future. It also something that always help in re-sale as the next owner may have children to consider.

Schools are plentiful in and around Shepherd’s Bush with the better state primaries being; St Stephens’ Church of England School on the Uxbridge Road, Good Shepherd by Gayford Road and Wendell Park on Cobbold Road. The private primary schools that serve Shepherd’s Bush are Latymer Junior School and Ravenscourt Park School, with secondary education being represented close by by St Paul’s Girls’ School and Goldolphin and Latymer in Hammersmith.

Shopping was not something either of my couple were addicted to but who doesn’t want a great source of clothing, home goods and toiletries nearby for when the time is right. They were also encouraged to hear about the continuing development that added to the draw to the area and consequent rises to the prices of homes nearby.
Known for its traditional market and numerous fabric shops, Shepherd’s Bush offers fabulous shopping across the board. Westfield Shopping Centre provides a large variety of shops from ‘High Street’ to ‘Designer’ brands. Westfield is in the process of being extended and rumoured to become the largest shopping mall in Europe.

New boutique style shops have appeared on the gentrifying Askew Road, west of Shepherd’s Bush, including the fabulous deli and butcher The Ginger Pig, gift shops like Cocktails and JW Beeton as well as useful grocery and home product shops. There is also a fabulous Farmers Market at Wendell Park Primary School on Sunday’s part of the year.

In Westfield Shopping Centre there is a huge array of cafes and restaurants within the complex but Foodies will be pleased to hear that gastropubs continue to pop up in Shepherd’s Bush and around the Askew Road with enthusiasm. The Defectors Weld, Princess Victoria and Eagle to name a few, are local eateries with a strong following. Fabulous informal dining can be found in an array of international restaurants such as Habenera (Mexican), Monkey Temple (Napalese) and Bush Hall Dining Rooms (British Modern). For something swanky try Shikumen (Chinese). There are more to come with the fabulous BBC TV centre development too. A sweet ice cream shop called Bear Ice Cream Company has also recently opened on the Goldhawk Rd (near to Ravenscourt Park) who specialise in Icelandic soft style ice cream with all sorts of fabulous toppings to add to your taste (not just one for the children!).

One of the great things about living in London is having entertainment on your doorstep. This does not have to be limited to central London and the West End however. In Shepherds Bush there is a large cinema complex where you can get your fix of films. There is also the fabulous Bush Theatre, recently refurbished to a welcoming and trendy finish. The theatre spotlights new talented playwrights and actors. Originally a dance hall, Bush Hall provides a great but intimate venue for music and comedy and of course there is the world known Shepherds Bush Empire for the bigger gigs and events.

There is Shepherd’s Bush Green itself where you can always see families and groups of students picnicking and hanging out together on a nice day. West of Shepherd’s Bush there is Ravenscourt Park which provides access to around thirty two acres of open green spaces, flower boarders, special dog areas (and those where dogs are not allowed too), as well as a playground, paddling pool, cafe and sports facilities for tennis, basket ball and football. There is also the smaller Wendell Park, only a few blocks from the Askew Road. If you need space to dog walk, exercise, children’s play space or somewhere to meet with friends and family, there is a leafy spot a short walk away.

Shepherd’s Bush and the area around Askew Road provide an excellent mix of flats and family homes with superb amenities on hand. Although still expensive, properties around Shepherd’s Bush provide an excellent alternative to areas nearer to central London while still having quick access in to town. For those who want to be in the midst of a diverse and multicultural hub, Shepherd’s Bush provides. A bit further west of Shepherd’s Bush, around the Askew Road, there is more of a leafy ‘village feel’ for those who want something a bit quieter.
For our clients, it was on a little road, off the Askew Road, where we found a charming period terrace house that was just right for them. Shortly after they moved in, I got an excited note of thanks from them that said they had just been into one of the local restaurants I suggested and had had a lovely meal and evening. I am sure they will have fun watching the area expand and improve as, indeed, they hope for their home and family themselves.